Zinovia Apartments & Studio -GENUINE HOSPITALITY only 80m from the sea.

Zinovia Apartments & Studio -GENUINE HOSPITALITY only 80m from the sea.

Set in Kato Daratso, Zinovia Apartments provides accommodation with free WiFi and access to a garden with a terrace. All units feature a private bathroom and have air conditioning, a flat-screen TV, and a fridge. A stovetop and kettle are also available. A car rental service is available at this property. Chania Town is 4 km from the apartment. The nearest airport is Chania International Airport, 15 km from the property.

Chania is the second-largest city in Crete and the capital of Chania prefecture. Located 60 km from Rethymnon and 145 from Heraklion. It occupies an area of ​​approximately 11 square kilometers and according to the 2001 census has 55.838 inhabitants population. There was a significant Minoan city believed to ancient Cydonia since historically and based on archaeological research proves that is built on the ruins of. Ancient Cydonia was a remarkable ancient city, built in prehistoric times by Kydon, son – according to the ancient Cretans – Mercury – in other Apollo – and nymph Akakalidas, daughter of Minos. Mentioned by Homer as one of the most important cities of Crete, while Kydonians considered prehellenic sex. The ancient writers consider Cydonia. 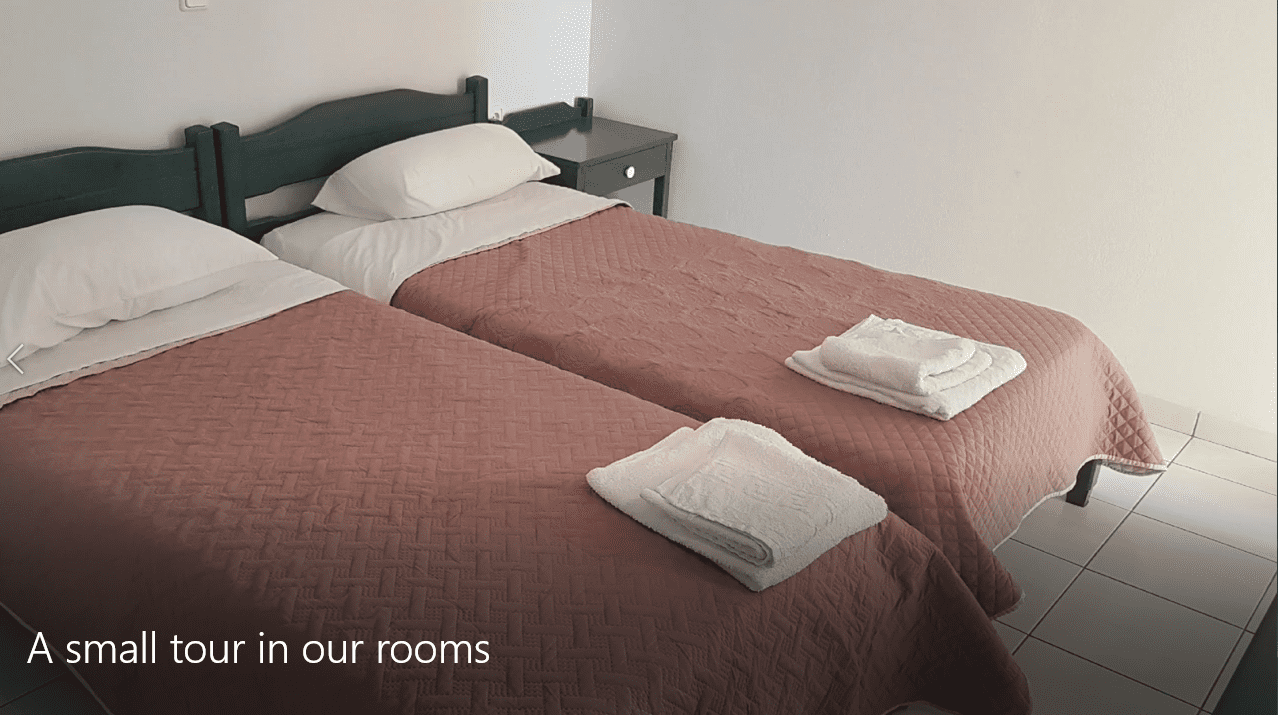 CASH BACK
Win 5% of your reservation as a gift card to an activity You can book any tour, activity, or attraction you like on our
website 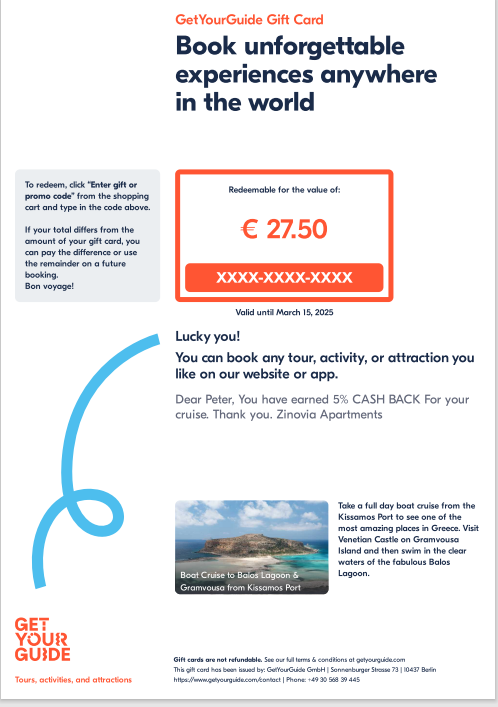 Get directions via Google Maps